This property was originally built as two cottages and the earliest mention of them, that I have, is in the accompanying papers to the Abstract of Title, dated April 1891, between Thomas Brown, a butcher of Newark, (the vendor) and George Thomas Pierce Duncombe, (the purchaser). It states there that the messuages (out buildings) and 24 perches (a perch is a measurement of length and is 5 ½ yards) on Cottage Close, (a piece of land facing onto Gainsborough Road and extending back to the hedge at the Southfields Area tree belt), were conveyed to others in May 1879. 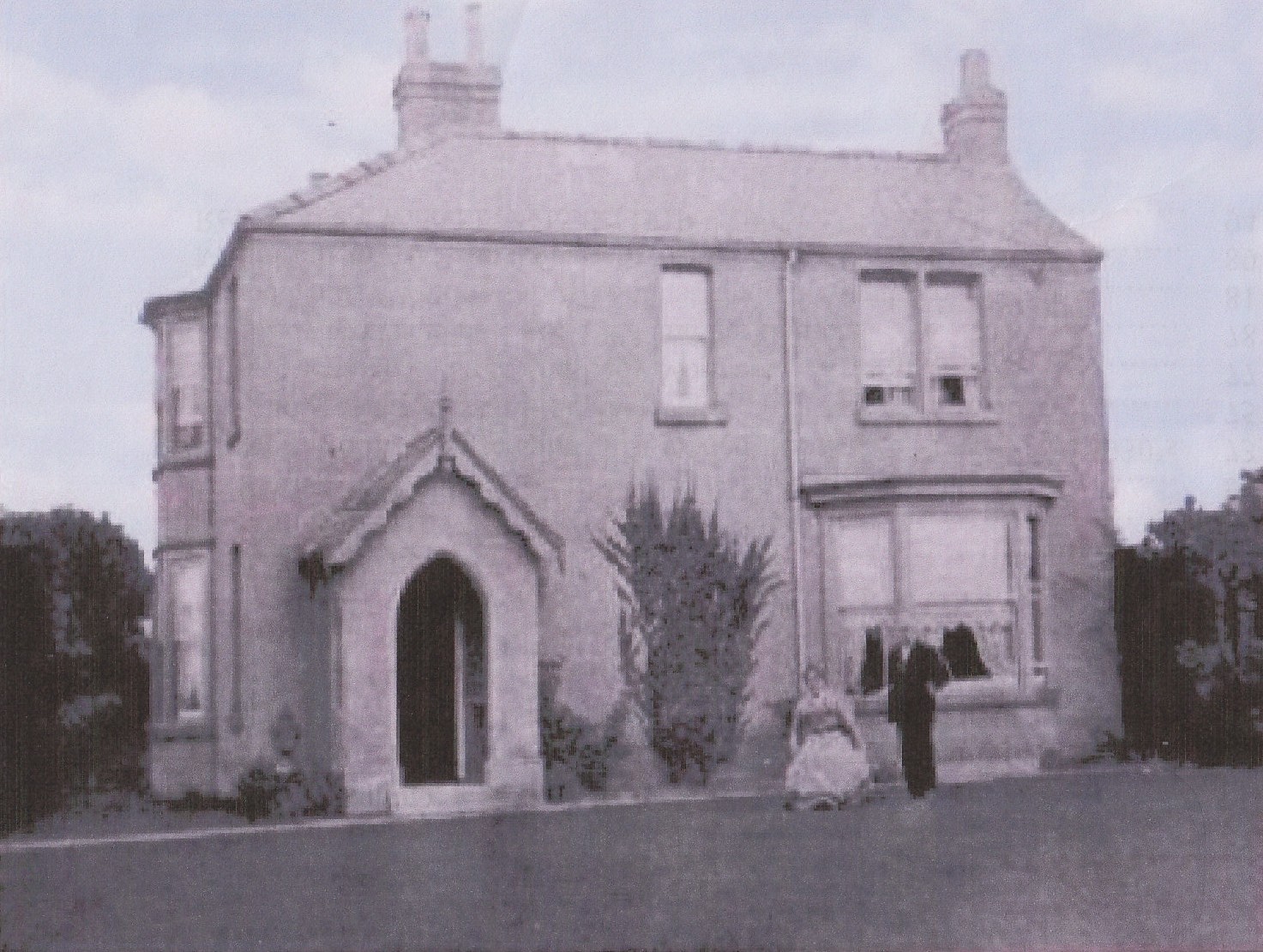 In March 1907, the cottages were purchased by a Mr. Edward Allwood from Mr. George Duncombe and converted into one house, presumably in 1907, on Mr. Allwood's instructions.

Incidentally, shortly after Mr. and Mrs. Desmond Aldridge purchased the house in 1971, they arranged for the hot water tank to be moved from the upstairs bathroom to another place, During the work, they found written on the back of a piece of wood that had encased the hot water tank, the name of one of the workmen and the date of 1907. Unfortunately that piece of wood has been lost.

The two cottages were converted into one house and a hall, with staircase, together with a living room were added with corresponding bedrooms, one above the hall and another above the living room. The two cottages were converted into a large kitchen and dining room downstairs with two bedrooms and a bathroom upstairs making four bedrooms in all. Two separate downstairs toilets were added at the same time, one behind the other. One for the use of the occupants of the house and which was accessed from within the house had a wash-hand basin; the other was accessed from the outside and was presumably for the use of the gardener.

The house was sold again in April 1929, this time by Mrs. Kate Allwood, on the death of her husband, Edward, to a Mr. William Henry McMillan and his wife.

At some time during the ownership of Mr. Allwood or Mr. McMillan, a scullery with an old copper boiler and sink was added to the house, together with a pantry and storeroom at ground level. These rooms were logically situated on the north side of the house. In 1971, there was a staircase in the scullery, a solid wooden one with a rope banister, leading up to a room above the pantry and storeroom, presumably the bedroom for a servant. There is a small skylight in the roof. 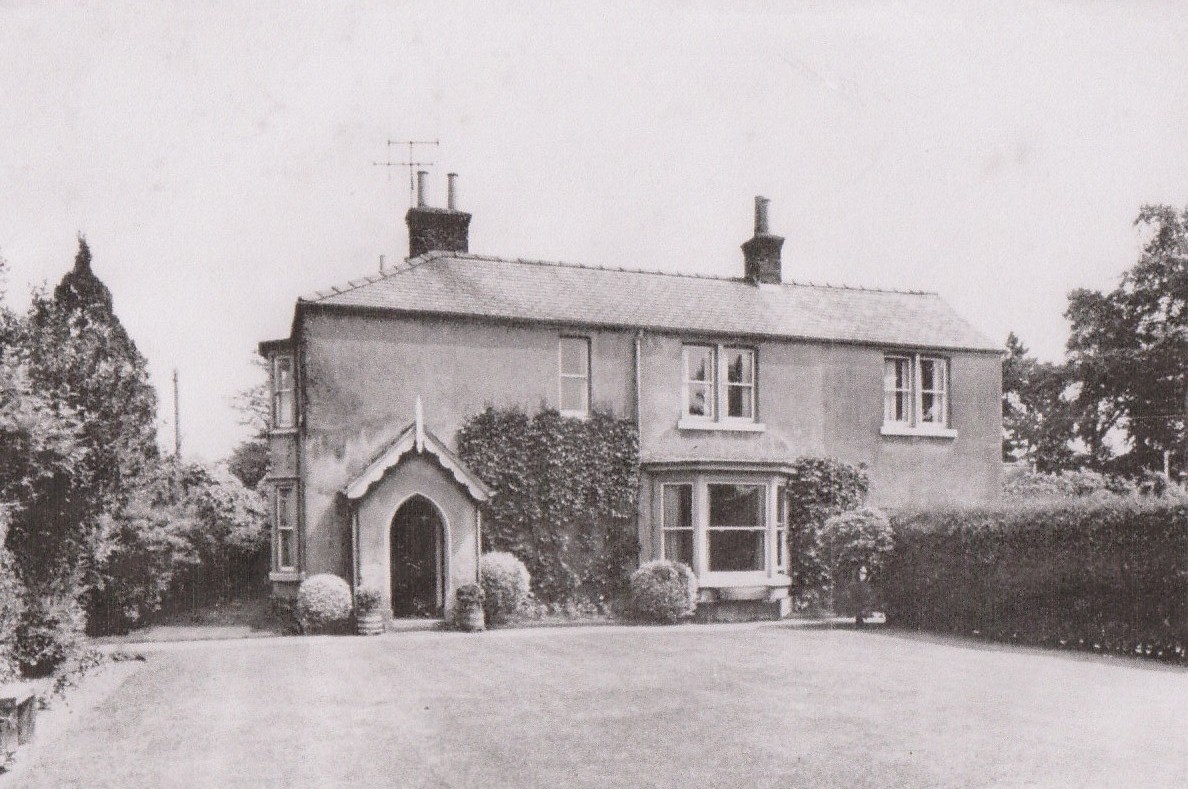 Some time after 1907, the house was extended beyond the living room with a room downstairs, now known as the study, and a bedroom upstairs. Continuing with the house; there is no evidence of the original two cottages from the outside or the rooms but when one goes up into the roof space it can be seen that there was a solid party wall going right up, following the profile of the roof itself, to the apex of the roof which divided the two cottages. To obtain access from the roof space above one cottage into the roof space other, a hole was knocked in this party wall and left just was it was - a rough edged hole. To access the roof space above the hall and living room, which was the first extension, one has to go through a small window frame - the window no longer exist - that was in the end wall of the cottage on the right, when viewed from the road.  Another hole was made, again with a rough brick edge to it, for access the last extension that comprises the study and bedroom above it. When in the roof space above the study, one can see where a creeper had climbed the then outside wall, prior to the last extension being built, as the creeper suckers were not removed from that part of the wall, where it can't be seen. Another interesting feature about the roof space above the original two cottages is what one presumes were the curved ceiling of both bedrooms of the original cottages.

In the garden of ‘Hillcrest' there are some outbuildings, besides the garage, and these comprise four spaces or rooms. One assumes they were outside toilets, coalhouses, storehouses, etc. Due to the symmetry of these outbuildings, one assumes both cottages had two of these rooms. These outbuildings were very similar to those that were at what is now called ‘The Old Post House'; (next door to ‘Hillcrest') before they were knocked down during the conversion of those two cottages into the house, as it now exists.

The garage at ‘Hillcrest' was once a stable and coach house with a loft above to store the hay for the horses. The brick floor is where the coach was kept and the tiled floor, with the gutters, is where the mangers stood.

There is one known well site; presumably there were two wells, one for each cottage, but the second well has yet to be found.

The living area of the house is approximately 2,600 square feet.

"Hillcrest," is the house on the village side of the public footpath, which runs from Gainsborough Road to Pocklington Crescent.

George Thomas Pierce Duncombe was then the owner of Winthorpe Hall.

The stained glass window of St. Hugh in the north aisle in All Saints' Church, Winthorpe, is in memory of Edward Allwood, who died 21st July 1928.

The words underneath this window are:

A.M.D.G. et sac. Mem. is the abbreviation for the Latin words:

‘To the Greater Glory of God and in Sacred Memory.'

ob is the abbreviation for the Latin word: