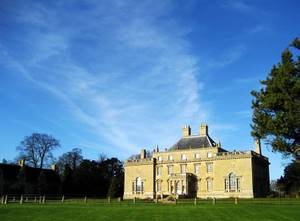 Edward Handley was born, into a family of prominent landowners of Newark and Sleaford on the 21stOctober 1842 at Culverthorpe Hall, near Sleaford, Lincolnshire. He was the youngest of ten children of Henry and Honorable Caroline Edwardes Handley. After matriculation, he went on to Magdalen College, Oxford, to gain his B.A. and then his M.A. In 1866 he was ordained a Deacon, and in 1867 a Priest by the Bishop of Oxford. He served as a Curate at Great Marlow, Buckinghamshire 1866-8, Baltonsborough, Somerset 1868-1876, before coming Rector of the Church of St Mary, Clipsham, Rutland 1876-1884. The patron, of which, was a relative John Handley 1876-1884.

From the marriage came:

Laura Frances, born towards the end of 1867 in the Wycombe area.

In 1886, Rev. Edward Handley was appointed Rector of All Saints' Church, Winthorpe, near Newark, Nottinghamshire living at Muskham Grange, near Newark. His Curate-in-charge was Rev. W.H. Leader. A relative, Rev. William Handley of Muskham Grange who died in 1873 aged 61 years, was Rector of the Winthorpe Church from 1836 to 1873.

In that same year 1886, Rev. Edward Handley decided that the existing Winthorpe Church, a Georgian building, was in such a bad condition it should be rebuilt at his own cost. This would be in the memory of his late cousin, Mr. Philip Handley 1809-1884 of Muskham Grange, who had left him property in Winthorpe.

To meet the requirements of the parish until the new church was completed, an iron building was provided and made as comfortable as possible. There, for two years the Rector and his Curate-in-charge held services and officiated to crowded congregations.

Architect, Mr. Sidney Gambier-Parry of Connaught Mansions, Victoria Street, Westminster was consulted and plans were drawn of what would be a very beautiful and admirable Gothic church. The work of carrying it out was entrusted to Messrs. Mackenzie & Sons, builders of Newark.

The knoll on which the old church stood commanded a very important position, as it did on the Lincoln and Gainsborough roads, for the Parliamentary troops to occupy in their attacks on Newark during the Civil War of 1643-46. The building had become very dilapidated and decayed and the roof was rotten and insecure requiring its entire removal. The appearance given was that it had been built with any materials that came to hand. The foundations were taken up and replaced by new and substantial ones. During these excavations, the steps on which the cannon used to stand and quantities of damaged gunpowder were found. The skeletons of some hundreds of men were also discovered, buried in rows and without any coffins. In a vault within the walls of the old building were interred the remains of deceased members of the Handley family.

The construction of the new church began in August 1886. At a quarter to one on the 1stof November (All Saints Day) in that same year and with a canopy over the site of the new building, parishioners and others assembled to watch Sir Henry Bromley, Baronet, of Stoke lay the foundation stone. A special service was read by Rev. Edward Handley. This was followed by a luncheon in the schoolroom by Mrs. Clarke & Son, Newark.

Though considerably larger than the building which formerly occupied the site, it follows in part the lines of the church which it replaced. The nave and chancel occupy precisely the same position as those of the old, but the west tower of the old church has been replaced by a baptistery, and the new tower, north aisle, organ chamber, vestry and east end of the chancel occupy new ground. The new building is almost entirely of red Walkeringham brick. Ancaster stone is used for the window copings and moulded string courses externally, while internally red Mansfield stone is used prominently. The tower, surmounted by a brick spire, is at the north-west corner of the building, the lower part of the tower forming the porch and entrance. From the porch a winding staircase runs up to the belfry, where two new bells, the gift of Mr. & Mrs. J.G. Branston of The Grange, Winthorpe, have been added to the three old ones from the former building, which had been re-cast by Messrs. John Warner of Cripplegate. The height of the tower and spire is 105 feet.

The interior is lit by numerous beautiful stained-glass windows supplemented by gas lighting. The heating is by a boiler supplying hot water. A patent wood-block floor was laid down, and the seats and benches are of pitch-pine, accommodating 250 worshipers. The level of the chancel is above that of the nave with the east end lit by a beautifully designed stained-glass window. Where the organ is now situated in the chancel, are collected many of the tablets which were in the previous church. The vestry is built on the site, which covers the Handley vault and its inside walls are surrounded with tablets commemorating those who are buried in it.

With flags flying from many of the houses in the village and the people in a joyous spirit, the new church was consecrated on the 19thof June 1888 by the Bishop of Lincoln and named All Saints' Church. This ceremony had been due on the 7thof June but was postponed due the illness of the Bishop of Southwell.

A dedication festival was then held on Thursday the 1st and Sunday the 4th of November.

In the early part of 1889, Rev. Edward Handley and his family left Winthorpe to live in Bath.

He then put the entire contents of Muskham Grange up for auction. This was held on the 9th , 10th and the 11thof May 1889. (Muskham Grange was never owned by the Handleys.)

Whilst living in Bath, in April 1894, he officiated at the marriage of his daughter Laura Frances with Lt. E.W.L. Davies R.N. of H.M.S. Melampus, only son of the late Rev. E.W.L. Davies of Bath.

A son of this marriage, born in 1899, became Commodore Edward Dayrell Davies.

Rev. Edward Handley continued as Rector of Winthorpe until 1895 and died on the 1st of February 1904, aged 61 years.

An inscription on a brass plague at the rear of the nave in All Saints' Church, Winthorpe reads:

In ever-grateful memory of the Rev. Edward Handley, M.A., patron of this benefice and from 1886 to 1895 Rector. At his sole cost, this church was rebuilt 1886-1888. He died February 1904 aged 61 years, and was buried at Bath, but here to the Glory of God stands the monument of his piety and his earnest desire for the spiritual welfare of all who may ever dwell in Winthorpe. R.I.P.

Extracts from ‘The Handley Family of Newark and Sleaford.'

A second child, thought to be Venda Pamela, was born on the 2ndof January 1895, at Serley, Torquay, but this has not been proved.

The Philip Handley (Rev. Edward Handley's cousin) memorial plague at the rear of the nave should read the 19th of June 1888 and not 7th of June 1888. The correction has never been rectified.

Culverthorpe Hall, near Sleaford, Lincolnshire with 1,219 acres of land, was occupied by Sir Isaac Newton and his family from 1678 to 1743. Henry Handley, Rev. Edward Handley's father, took over the residency in 1825.

Muskham Grange, in the northern part of North Muskham, was the residence for several members of the Handley family They were bankers, barristers and clergy for more than 50 years.

The Lincoln road, an old Roman road formerly called The Fosse Way linking Exeter with Lincoln. It is now called the A46. The Gainsborough road was the main road from Newark to Gainsborough passing through the village. This road has now been cut off by the Newark A1 by-pass road.

All Saints' Church, Winthorpe cost £7,000 to build. Using the ‘average earnings' calculation or the ‘share of Gross Domestic Product' (GDP) this could be anywhere between £4m and £8m.

The Handley family owned many buildings and property in Newark. Two of the most recognizable are the 17thCentury Handley House on Northgate and the Sleaford Savings Bank, (Peacock, Handley and Kirton) now Lloyds TSB Bank on the corner of Castlegate and Stodman Street. 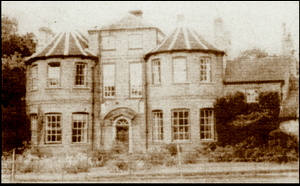 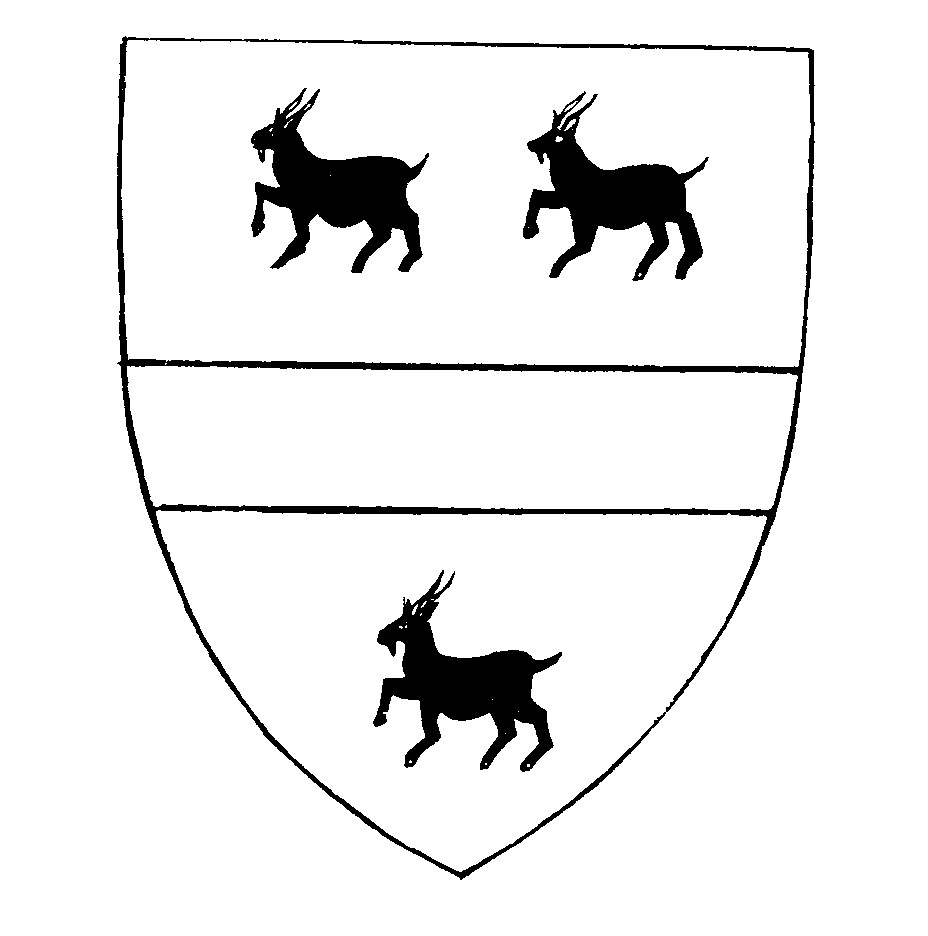